We would like to take a moment and thank everyone for their support. Our facebook page has 618 fans from over 20 countries. Our First Youtube video has over 1,250 views and we have completed recording our first album (scheduled for release in June). We also have four major shows coming up this year including the Hedgehog in Indiana (May 31), a Djangofest in Pennsylvania (June 1), SummerStage at the Tulsa PAC (July 13-14) and the Walnut Valley Music Festival in Winfield, Kansas (September 19) . Great things are happening for Mischievous Swing, and that has only been made possible by all of the support of our fans. Thank you all so much and help us continue to spread the word.

In this issue we will:

We are excited to bring you the first part of a four part series interviewing the band members of Mischievous Swing.
Mischievous Swing mandolinist Isaac Eicher is picking up where other mandolinists have left off, is is redefining the mandolin as a full-fledged Jazz instrument. Although he is only 22 years old, Isaac has already made a big impression on the mandolin world. In 2006 he won the Walnut Valley Mandolin Championship. In 2010 he won the Rockygrass mandolin competition and returned the following year to win the flat-picking guitar competition. He won the Oklahoma State Mandolin Championship  5 years in a row and he has performed on stage with acclaimed artists like Frank Vignola, The Greencards and Cowbop. Thrilled to sit down and talk to Isaac about his career.

How long have you been playing Mandolin?

I started playing mandolin when I was nine, but before that I had played piano for several years and already knew how to read music.

Who have been your major influences?

In the mandolin world Chris Thile has always been a big influence. When I played more bluegrass I also listened to Adam Steffey, Shawn Lane, and Alan Bibey. However, it’s been a while since I really listened to and played bluegrass. These days my main influences aren’t other mandolinists. My inspiration comes from musicians like Biréli Lagrène, Sylvain Luc, Stochelo Rosenburg, Oscar Peterson, George Benson and Martin Taylor, among others.

Yeah we had a family band in the early years, and we mainly centered on bluegrass. But given our mom’s jazz repertoire as a singer and the variety of styles our dad plays on the violin, we would often throw in something different. I remember we would play a rumba called “Beautiful Maria of My Soul," the song “You’ve Got a Friend in Me," and once we did a mandolin quartet arrangement of “Linus and Lucy”. So I’ve always been exposed to other musical styles than just bluegrass.

With a background heavily focused on Bluegrass and Fiddle music, how have you made the transition to playing Jazz and do you have any tips for other players to help them make the transition?

First you have to develop a jazz vocabulary. The Bill Monroe licks don’t really jive with any style of jazz. This means learning new chords and licks and how to phrase the ideas. When I was starting out I had the opportunity to play with Andy Leftwich, and when I asked him for some advice he said what I now believe to be one of the most valuable tips. He said, “Man, just learn as many songs as you can.” I  think that is true about any style of music that you are trying to get better at. By learning jazz songs, for example, you are essentially learning the stylistic vocabulary that makes it the style or genre it is.

How has a background playing bluegrass and competing in mandolin competitions effected your playing today?

Bluegrass and fiddle tune music are technically demanding styles, a lot of notes. So I have always worked hard to be able to hang with the technicians in executing fast and precise licks. As far as mandolin contests, I think looking for new contest material has pushed my technique in a good direction. I have always challenged myself to play harder material, and that’s what I continue to do.

Tell us a little bit about what it is like being a part of Mischievous Swing.

Mischievous Swing is exciting because I’m happy to be able to play with my dad Shelby, fiddle monster, my brother Nathan, bass monster, and my good friend Ivan, guitar monster. But apart from the raw talent of everyone in the group, what’s cool is the repertoire around which we have united to form this group. We play fun, interesting, energetic music. We just recorded a hot album of original and classic jazz tunes, now we’re geared up to work on new material, and we are all excited about the new potential tunes.

You recently acquired an Ellis mandolin that you used on this Mischievous Swing recording. How are you liking it? As a Jazz Mandolinist, are there any unique qualities you look for in a mandolin?

Oh, I love my mandolin. It’s a 2006 Ellis F5 Deluxe and it has impeccable tone. It had hardly been played when I got it, so I’m definitely working on breaking it in and opening it up. Well, because of my background as an American mandolinist immersed in a traditional style like bluegrass, I just had a longing for an F5, probably because of the image and the sound. I just love the sound of an F5 with an Adirondack spruce top. Although there are some mandolins with distinctive sounds like Italian mandolins or Brazilian mandolins that really fit their style, I am a modern American mandolinist and that’s really the environment in which my playing has developed. Maybe part of what I want to do with jazz, for now at least, is do it on an F5. A crystal clear, sweet, rich F5 like my Ellis sounds good playing anything, so I’m not limited in any way. Also you have to keep in mind that Lloyd Loar designed the F5 long before bluegrass existed, it was originally a classical instrument.

In addition to being a performer, Isaac is also a composer. His tune “Valenciana” is featured on the band's album and the sheet music to the tune will be included in this newsletter, and the track is available here.

Engineered and mixed by Larry Brockway, this album has a superb recording quality that helps bring the music to life. For those of you interested in the technical specifications, the project was recorded on Radar on a John Oram board, utilizing Manley, Universal Audio and Focusrite pre-amps. The session also utilized several vintage microphones (and a few modern ones) including: 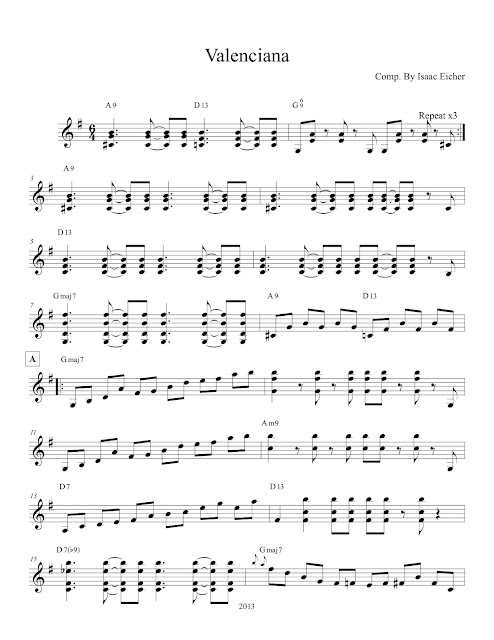 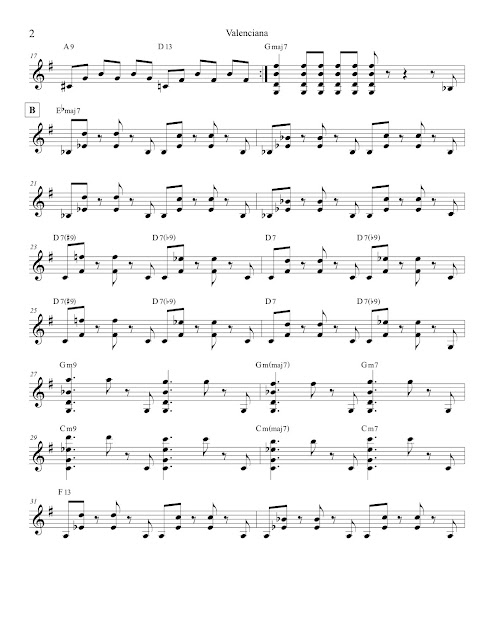 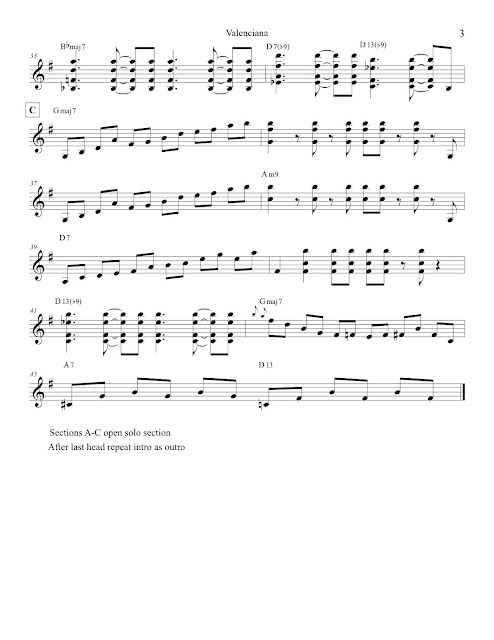 Preview of the July/August issue

Email ThisBlogThis!Share to TwitterShare to FacebookShare to Pinterest
Labels: May/June 2013